History of the Ballard Street Mikvah

In March 1968, major rioting broke out in the District of Columbia immediately following the assassination of Dr. Martin Luther King, Jr.  The 14th Street corridor, where the city’s only mikvah was located, was one of the hardest hit areas in D.C.  As a result, many women needed to find alternative facilities, and the Jewish community needed to relocate its central mikvah.

Summit Hill Congregation (now, Woodside Synagogue Ahavas Torah) led the effort to build a new mikvah that would be closer to the Orthodox community.  At that time, the majority of mikvah users resided in the Shepherd Park area of D.C. and in the Summit Hill area of Silver Spring. A smaller number of families lived in the Kemp Mill and White Oak neighborhoods.

A suitable building was found at the corner of Ballard Street and Georgia Avenue.  This building could be converted into a mikvah and could also function as a residence for the mikvah supervisor. 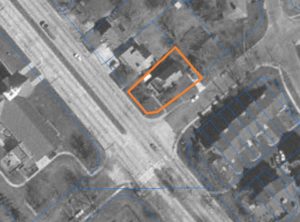 A team was formed to quickly raise funds to pay for the purchase of the property and the construction of a mikvah.  The team of fund-raisers consisted of several Orthodox rabbis and young members of the Summit Hill Congregation. Pledges were solicited for a two-year period.  The Summit Hill Congregation financed $14,000 of its members’ pledges in order to provide the necessary cash for the project.

The community responded generously to the campaign, especially Summit Hill members.  Dr. Alvin Radkowsky, a founding member of the Summit Hill Congregation, assumed responsibility for running the mikvah, together with his wife, Dr. Annette Radkowsky.  After the Radkowsky family moved to Israel, Mrs. Linda Rishe took over the leadership responsibility for a number of years. Dr. Don Schwartz became President of the mikvah organization in the early 1990’s, and he arranged for the mikvah organization to be formally incorporated as a Maryland corporation.  Title to the property was then transferred to the new corporate entity.

The Woodside community can look back with much pride on the long history of hard work and dedication to the creation and preservation of the community’s mikvah over many years.